No event found!
MYERS COMPLETES THE HOMETOWN MONTH OF MAY
Author:
Road to Indy

BROWNSBURG, Ind. – Michael Myers completed the hometown double last weekend, capping a thrilling month of May by competing in his first oval race, finishing 19th in the Cooper Tires Freedom 75 at Lucas Oil Raceway, round eight of the 2021 Cooper Tires USF2000 Championship season.

The Freedom 75 had been scheduled for Friday night, part of the Carb Night Classic that included the first two rungs of the Road to Indy Presented by Cooper Tires ladder, along with the USAC Silver Crown and Midget series. But Mother Nature had other plans, as rain on Friday afternoon and evening necessitated a postponement to Saturday afternoon.

But Myers and the team easily weathered the delay, adding to the knowledge base for this family-led team – a team that includes one very familiar name to fans of the Indianapolis 500, which took place at IMS the following day.

“This was another big step in my journey on the Road to Indy,” said Myers. “This whole month of May has been pretty crazy; I’ve learned a lot. Competing on my first oval was an eye-opening experience. I trained with Robby Unser on the simulator beforehand, to try to learn as much as I could ahead of the race weekend. Living in Indy, I’ve been around oval racing my whole life, but I have a new respect for it now.

“And it was great to have so many people there. We had a bunch of employees from Myers Garage (in nearby Lizton) – they’re our biggest supporters and really help us get on track – my family, our friends from Rusted Silo who catered for us, and our good friend (and four-time Indy 500-winning crew chief) Jim McGee. He has helped me so much in my career, assisting me in making the connections that put me in the right direction, so it was great to have him there.”

Myers took a conservative approach to the weekend, beginning with two test sessions on Thursday. The team’s plan was to learn as much as possible, and knowing the tight, close, competitive nature of 24 cars racing on LOR’s 0.686-mile oval, to bring the car home in one piece.

As Myers began getting used to the much more physical driving style required on an oval, he also had to adjust to multiple voices in his year. Spotters are vital to a driver’s visual references, especially at a track such as LOR, where traffic comes up fast and there is no margin for error. Jeff Gotelaer, who was back on an oval the following day working the third turn at the Indy 500 for James Hinchcliffe, handled the comms for Myers.

“I really had to get used to a voice in my ear constantly. You’re almost relying more on your spotter than your mirrors at a track like LOR, because everything happens so fast. Jeff was great, and he was a huge factor in our learning experience. You hear guys saying “oval racing is just turning left” but it’s so much more than that. It’s so physical, and it’s so intense. My forearms hurt so bad after the race!”

Thursday’s test session marked Myers first laps on a real oval, after many hours spent learning the new discipline on the simulator – both in testing and in the Road to Indy iRacing eSeries race at LOR last year. His learning curve progressed through the morning session, as the team continuously improved the setup to help Myers feel more stable. In the afternoon session, they worked on qualifying sims so Myers could get a feel for the car on new tires.

However, a backlog of traffic and a bobble on his fast lap meant that Myers left the session unsure about his speed and setup. The team opted to make a major change to the car ahead of qualifying and thankfully it worked, putting Myers and the car much more in sync. But with the uncertainty involved in the setup change and new Cooper Tires, Myers was not able to put down the two laps he was looking for, placing him in 22nd position with a two-lap average of 46.4127 seconds.

“Qualifying didn’t go the way we wanted, obviously. We thought we’d be at least a second faster. But it changed my mindset going into the race and humbled me a bit, so instead of trying to get all racy, we went back to the plan of making a few passes, get comfortable, show I know how to drive on an oval and bring the car home. And that’s what we did.”

As cold rain descended on the Indianapolis area Friday afternoon, it became clear that the race would not take place that evening. After a long day waiting as track staff alternated between watching it rain and attempting to dry the track (while at the team transporter, Myers performed what he called “race car driver dress-up” – putting his drivers suit on and taking it off numerous times as the race switched back and forth between “go” and “no go”), the series made the call to postpone the event from Friday to Saturday, which dawned cool but dry. The Indy Pro 2000 Championship Presented by Cooper Tires took the green flag at Noon, with USF2000 up next.

Myers took the green flag determined to put on a good show for the hometown fans and through the 75-lap contest, experimented with the racing line and made passes that moved him up through the field. The race remained incident-free, with exciting side-by-side battles throughout the field.

“I was really impressed by how the race went for everyone around me. There were no incidents, which was great, and we brought the car home in one piece, which was really our first goal. We all learned so much and it really developed me as a driver. I’m very happy with how the weekend went.”

Next up for Michael Myers Racing and the Cooper Tires USF2000 Championship will be a double header at Road America, June 17-20, part of the NTT INDYCAR SERIES’ REV Group Grand Prix presented by American Medical Response weekend. Tune into USF2000.com for all the action!

MYERS COMPLETES THE HOMETOWN MONTH OF MAY 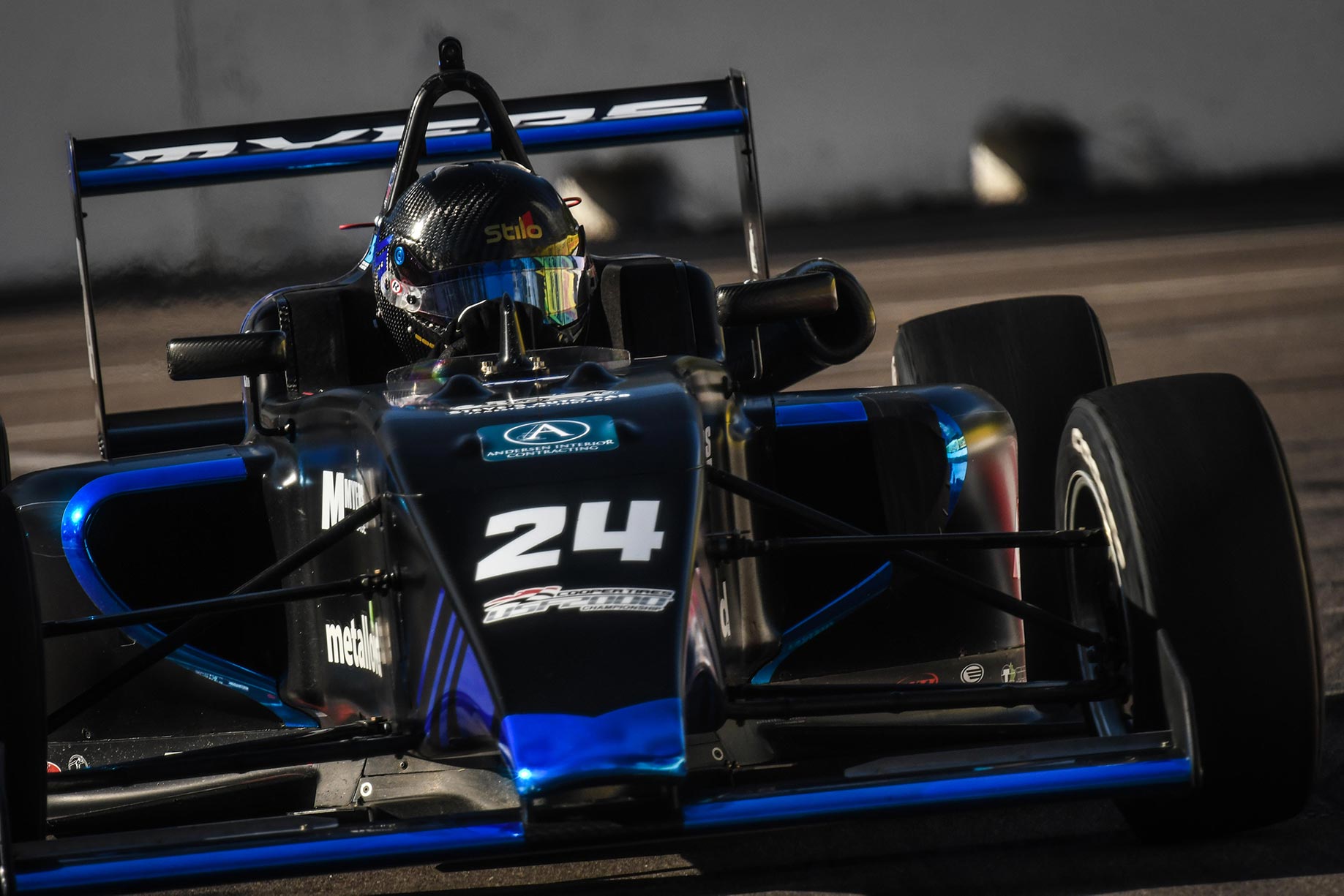 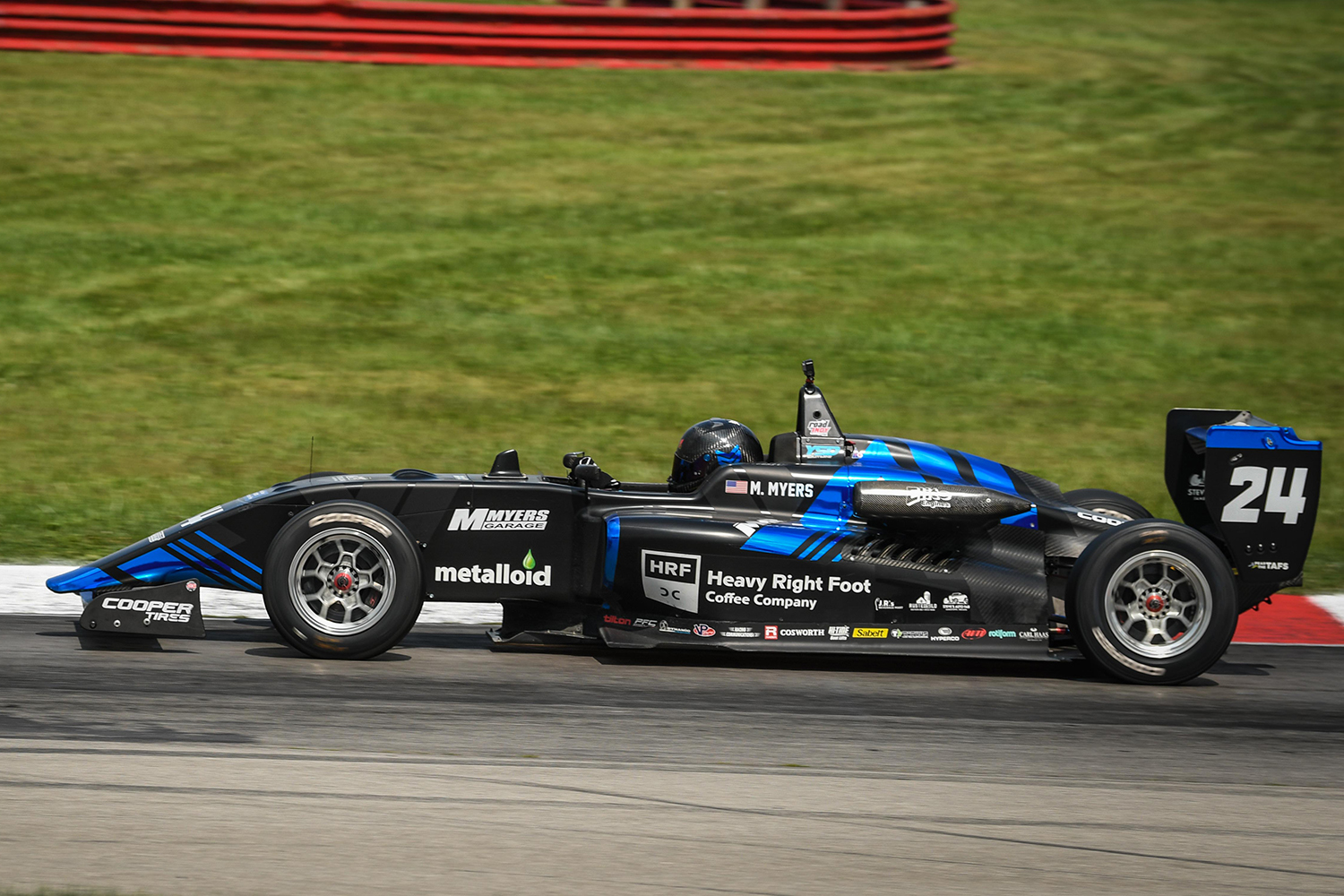 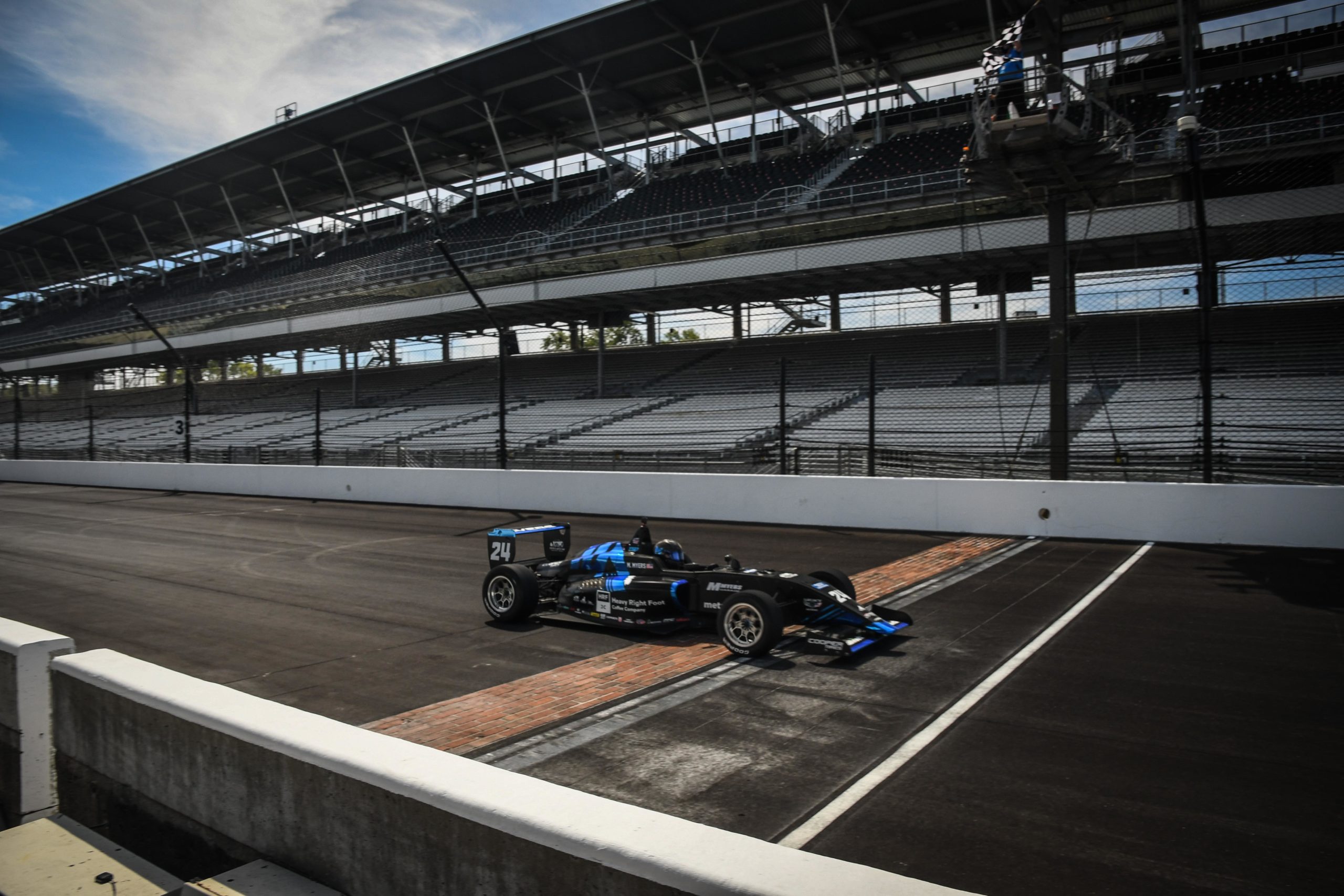 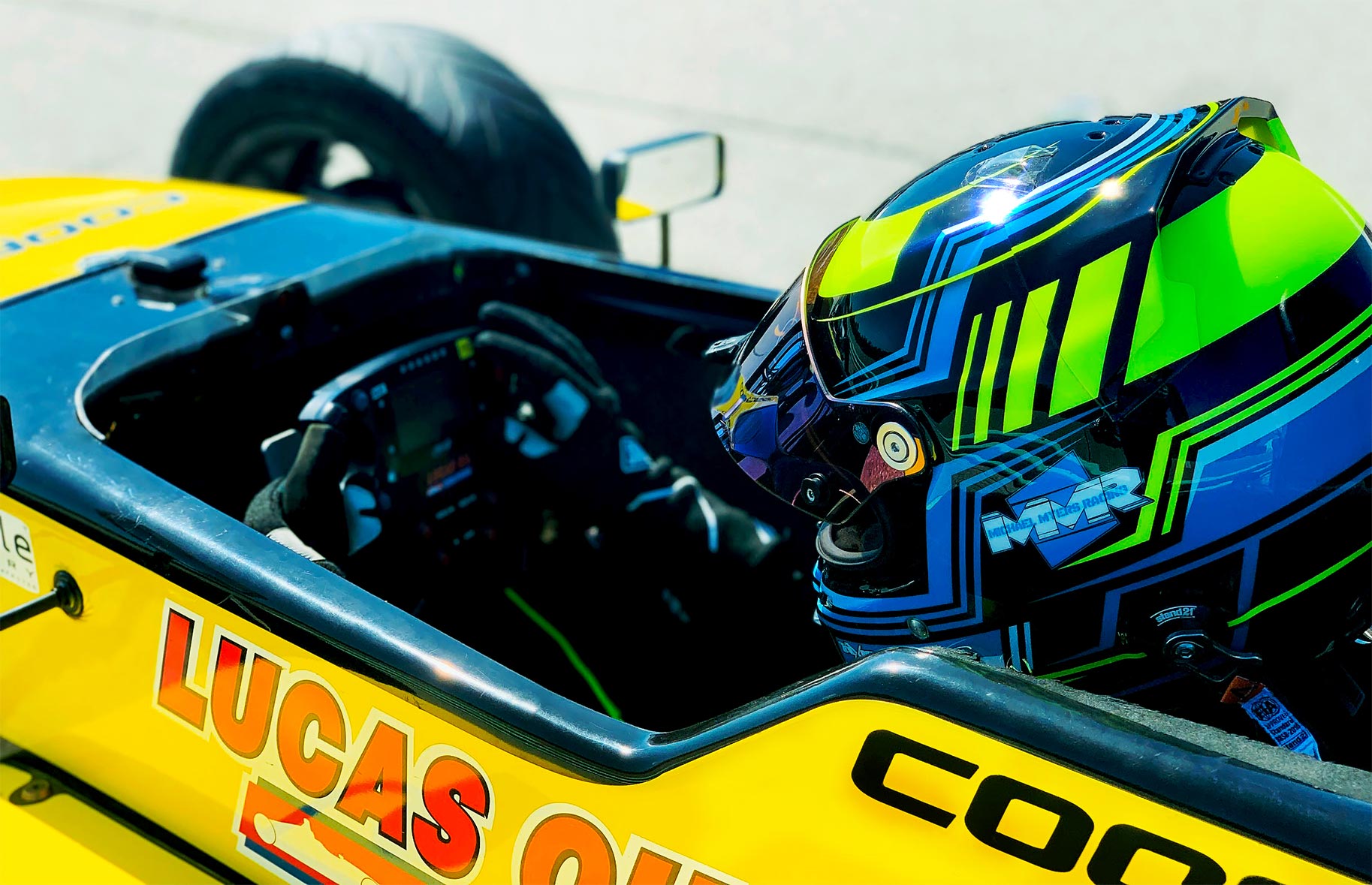 Coming into Lucas Oil School of Racing rounds 13, 14, and 15 at Road America with the points lead built some comfort, but I knew 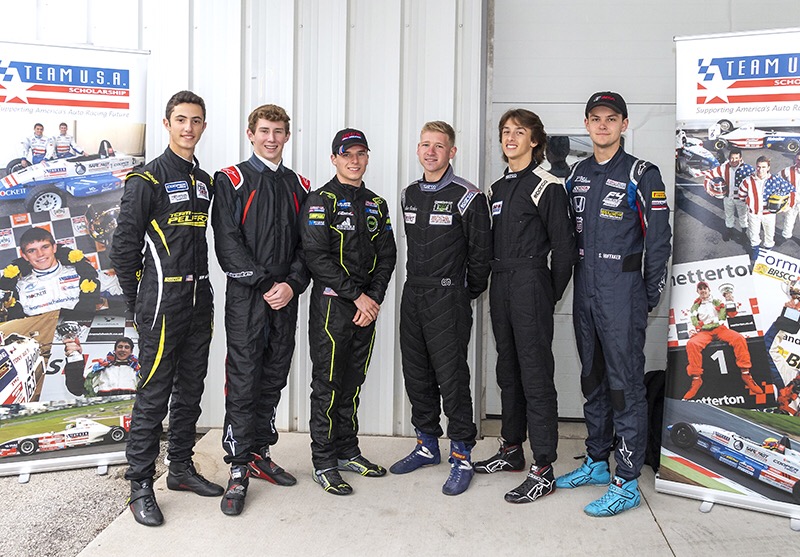 Spending time at the Honda Indy 200 at Mid-Ohio Sports Car Course for the interview stage of the Team USA Scholarship, with multiple participants and

"Be an unstoppable force in your life. Live it with purpose."
Michael Myers

For any further inquiries, please contact Michael Myers using the details below.

Subscribe to my newsletter to receive the latest posts and exclusive updates!